skip to main | skip to sidebar

2009 sure didn't seem to like a whole year to me...  It went by way too fast.  2009 was a good year though, progress was made at the Yonderosa, comfort and convenience improved, adventures were enjoyed.  Each visit was eagerly anticipated and our enthusiasm remains high.  When we aren't there, we're thinking about there.

Our first visit in 2009 was in February.  The snow as knee deep.  The landscape was peaceful and the quiet amazing. 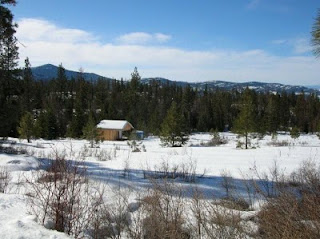 I was back in early April to put down the porch deck, pickup and deliver windows, siding and soffit materials.

In May the siding got underway. 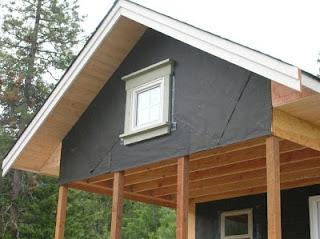 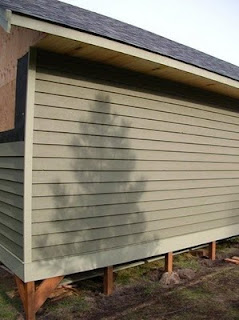 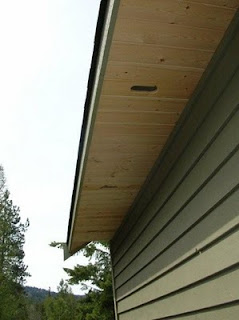 A Moose visit was a highlight in June 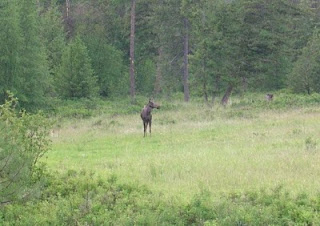 In July the focus switched to the interior.  We added a window, insulated, back sheeted (to serve as the nailing substrate for the interior wall finish - Rough Sawn Fir - a goal for 2010) and soffited the porch. 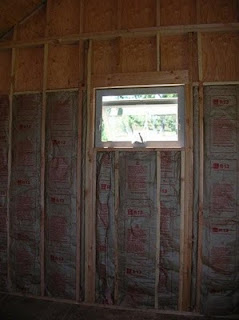 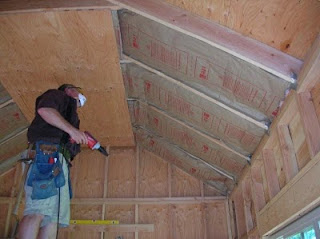 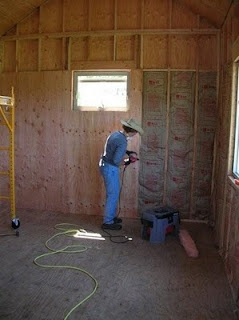 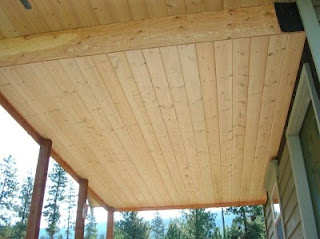 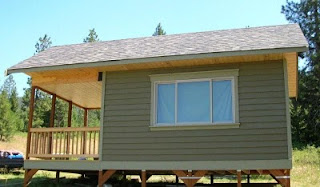 The Place is really starting to come together.

A few days after our July visit our excellent neighbors informed us of a fire caused by a lightning strike right next to our cabin!  We are very thankful to have observant neighbors watching out for us.  The fire was contained and extinguished.  Too close for comfort. 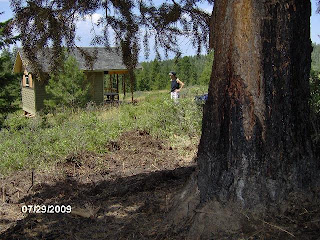 In August we insulated and sheathed the floor. 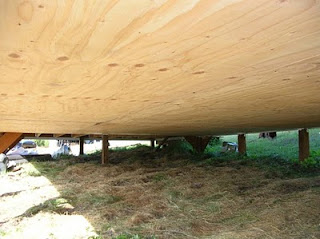 In September we were back with the Murphy Bed and another load of cabinets I built in my shop at home. 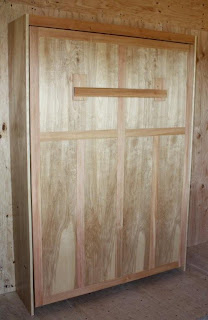 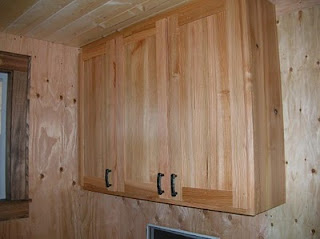 Later in the month I made a solo trip over to do the flooring. 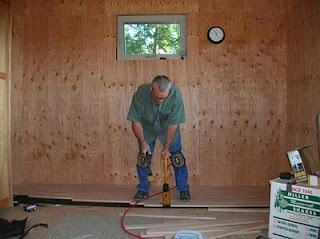 A brief visit in October allowed us to haul over more cabinets and a sofa. 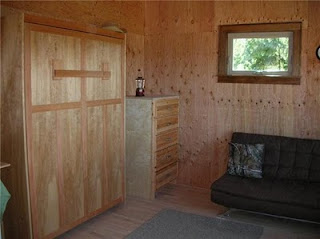 We also had a Bobcat stroll by while I was eating my breakfast. 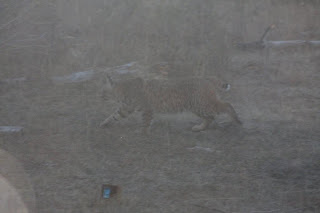 WARNING - graphic description of nature to follow - NOT the Disney version

I rarely see him but he leaves us lots of evidence he prowls the Yonderosa regularly - several Turkey kills this year and I just found another deer killed just on the other side of the creek - near where three others were killed by cats last year.  I had assumed it was a Cougar as they are abundant in the area and Deer are their primary prey.  Once I saw size of this guy - easily as big as my Labradors - I wasn't so sure.  I spoke with a State Biologist and he said that large Bobcats will indeed take Deer.

I'm not certain he killed this most recent deer - a Mule Deer doe - I saw her tracks in the snow where she walked to the kill site and LOTS of coyote tracks.  I looked hard but didn't find any definitive cat tracks but my theory is that the deer was killed by a cat, the pack of Coyotes waited until the cat was finished or was driven off of the kill.  There were lots of areas of flattened snow near the kill that weren't used for feeding and my assumption is that the Coyotes waited for the Cat (Couger or Bobcat) to leave or drove it off once enough of them had arrived.  Once the Coyotes took possession they ripped her into pieces (Cats feed with the carcass intact) and consumed her.  It was facinating in a CSI kind of way.  My curiosity piqued, I spent a few hours looking at tracks and the remains trying to discover what had happend.  It was sad and exhilerating at the same time.

Back to our regulary scheduled programing.

A short trip in November allowed me to get another cabinet over.  Still have three more to build for the kitchen, but it is useable now which made our December trip very comfortable 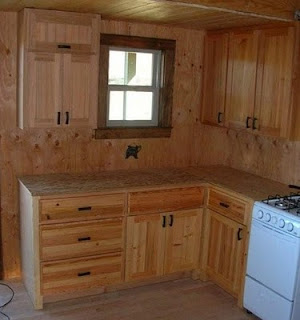 In December we enjoyed the fruits of our labor - staying warm, eating well and fueling the excitement for further progresss.  2009 was an excellent year for us.  We are optimistic that in 2010 our efforts will yield more rewards and happy memories at the Yonderosa.
Posted by Mo at 8:45 AM 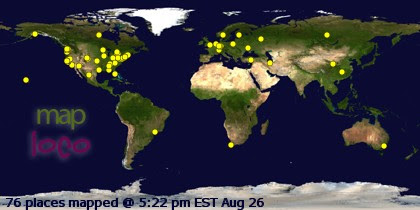 Create your own visitor map!

Mo
This is the realization of a shared dream. The challenges my wife and I have overcome, our partnership and the surrounding natural beauty make the achievement even sweeter. We know we are Blessed. Life is Good!